ARTSPLIT, the pioneering alternative investment platform has launched MusicSplit, its latest offering that allows for investment in music projects. Its maiden online auction features Continental Playlist of top Nigerian Music Star, King Perry and kicks off the app from 24 January to 10 February 2023.

MusicSplit allows music lovers own fractions of any trending Afrobeat music and earn monthly royalties to their ARTSPLIT wallet. Users on ARTSPLIT now have access to previously unavailable royalty assets when you buy splits and invest in your favorite Artistes’ upcoming projects. It’s a win for all; your Fav gets the required funding to create great music for your enjoyment and you earn passive income and high-yielding returns from the projects streaming revenues.

In a statement, ARTSPLIT’s executive director for technology and communications, Onyinye Anyaegbu, said. “Our goal has always been to provide a platform that democratises access to investment in African art and artistes through co-ownership and technology while elevating their global standing. Too often, ideas are not appropriately valued, such as music. With MusicSplit, creators can offer a percentage of their upcoming projects for users to invest in and directly fund it. Users on the ARTSPLIT app benefit from access to a high-yielding asset class while artists benefit from debt-free funding while maintaining artistic freedom. As a result, we have moved closer to our goal of providing alternative investments opportunities for everyone.”

King Perryy stands out as one of the country’s most distinctive and ambitious young acts. The creator of what he calls the “Continental Sound,” the former seminary student and would-be Catholic priest fuses the melodies and rhythms of today’s Afrobeats with pan-African influences and reggae/dancehall to create deeply resonant songs that transcend cultures and borders. With a run of successful singles (“Man on Duty,” “Work ‘N’ Grind”) to his credit and over 70 million streams on digital platforms, he released his debut album, Citizen of the World, in 2021.

This Auction comes shortly after a tripartite agreement between ARTSPLIT and music service companies M.A.D Solutions and ENGAGE to enable fans invest in the success of their favourite musicians.

MUSICSPLIT involves taking the estimated value of a music project (Eps, LPs, and Albums) and dividing it into 100,000 units (or Splits) to allow users and music lovers to finance it and profit from their investments. By presenting MUSICSPLIT, ARTSPLIT intends to further elevate African music worldwide while ensuring artistes freedom with alternative investment options.

The ARTSPLIT app can be downloaded on App Store and Google Play Store. Start investing today in Afrobeat for great returns. 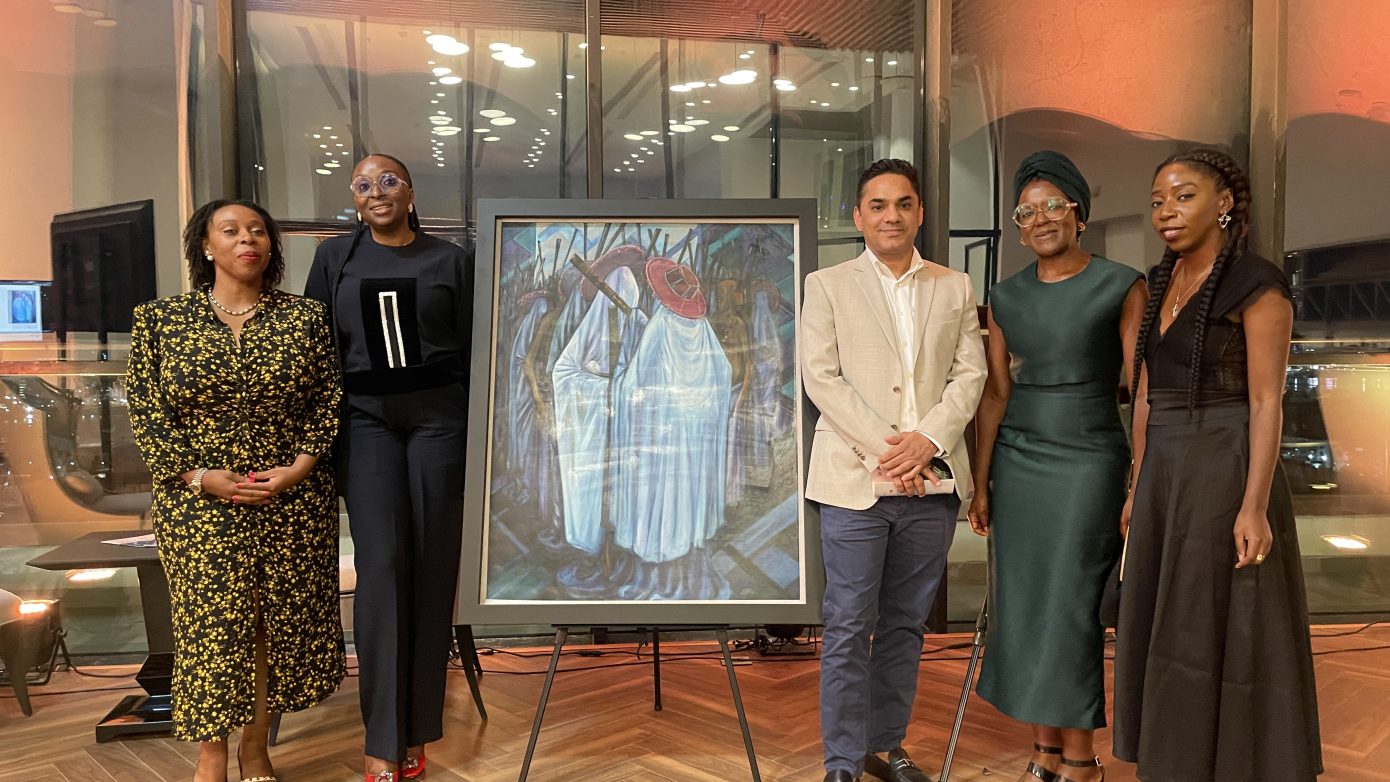 ARTSPLIT, the pioneering African art technology platform, has closed its contemporary masters split and lease auction featuring the iconic works of Yusuf Grillo and George Pemba  with a VIP Dinner to honour the two artists in Lagos.

George Pemba is a well-known South African artist known for his bold use of colour, with many of his paintings inspired by his moments in the hospital, where he spent much of his time drawing his surroundings, fellow patients, and doctors. Pemba is regarded as a forefather of African social realism, and in 2004 he was posthumously awarded the Order of Ikhamanga for his contributions to art and literature.

Yusuf Grillo is a well-known Nigerian artist and the founding president of the Society of Nigerian Artists. Grillo is regarded as one of Nigeria’s most distinguished academically trained painters; he rose to prominence and international acclaim in the 1960s and 1970s, exhibiting an extensive collection of his early works. Many of his paintings incorporate elements of his western art training, combining western art techniques with traditional Yoruba sculpture characteristics. His use of blue in natural settings paintings is sometimes reminiscent of adire or resist-dye textiles used in Nigeria.

The ARTSPLIT auction was held from November 4 to 30 featuring two iconic works; Eyo (1993) by Nigerian artist, Yusuf Grillo and Between Life and Death (1976) by South African artist, George Pemba.

ARTSPLIT is an art technology company driven by one common goal; enhancing the investment status of African art by allowing users to co-own rare and valuable artworks on a platform that guarantees price discovery and market liquidity.

The platform (ARTSPLIT mobile app) allows its users to own fractions, also known as “Splits,” of prominent African artworks on the app and in the “Split Auction”, where they can either keep or sell in its secondary market to other users for profit. These “Splits” (fractions) enable multiple individuals to co-own a single iconic piece of art on the platform. Following the Split Auction, users on the app can also bid to win physical custody of these co-owned artworks for a set period via the “Lease Auction.” And this cycle is repeated on the app as far as multiple individuals own splits of that artwork.