From Radio Presenter To Broadcast Trainer: Fola Folayan wants to raise the bar for Broadcast Journalism in Nigeria 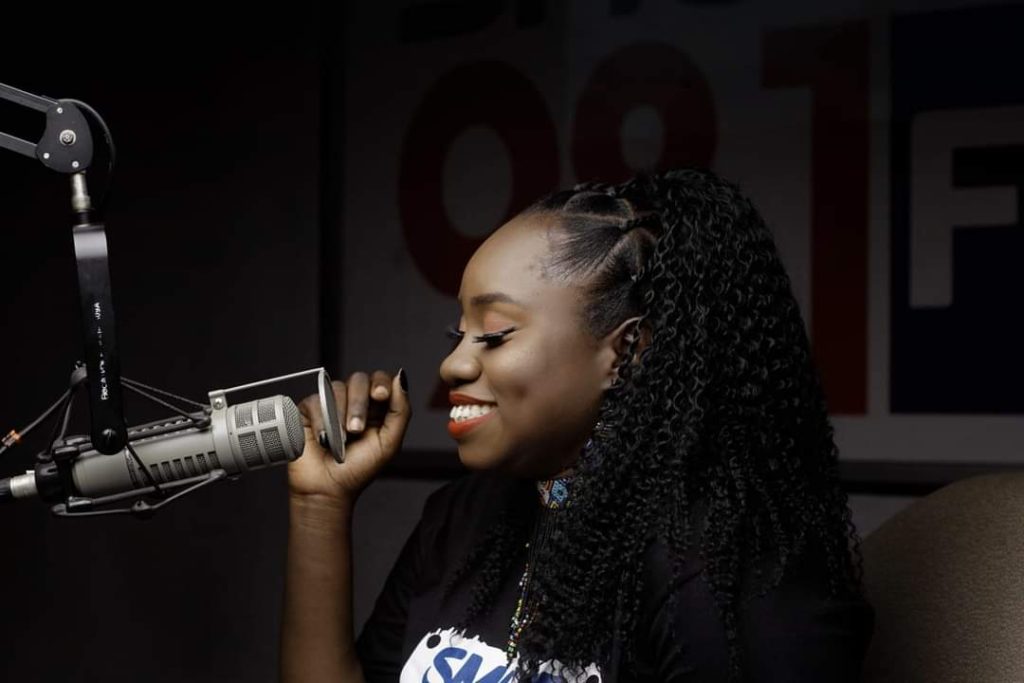 From Radio Presenter To Broadcast Trainer: Fola Folayan wants to raise the bar for Broadcast Journalism in Nigeria

For thirteen years, Fola Folayan worked as a radio broadcaster in Nigeria; filling various roles as a content producer, presenter and newscaster in different media organizations across the country. But she wanted more.

The 21st century is already seeing fundamental changes in radio broadcasting. No longer are audiences limited to listening to the radio at the times and places dictated by the broadcasters, or on radio ‘sets’.

According to Fola Folayan, broadcasting in the 21st Century has evolved with digital technology, and that evolution has effected changes in programming, content, delivery and audience engagement. Nigeria’s broadcast media is also fast embracing the digital space through online radio platforms, podcasts and V-logs; and that was why she founded the Broadcast Radio Master Class (BRMC) to prepare broadcast professionals to meet these changes.

“Our mission at BRMC is to expose our students to the opportunities available on digital platforms and teach how broadcasters can branch out to become entrepreneurs, looking to develop the next innovative sites, products or services.

The BRMC training program is designed to prepare our students for the realities of the modern-day media industry. Every course has been carefully selected and prepared by seasoned practising broadcasters, to provide not only theoretical knowledge but practical experience of real-life broadcast situations.” Fola says

The maiden workshop was held at The Conference Hall of the Best Western Hotel Island Hotel in Victoria Island Lagos. Speakers were drawn from Major radio stations in Lagos and the event recorded an attendance of 200 people. Similar events were held in 2016 and by 2017; it had become clear that there was a knowledge gap in the broadcast industry that needed to be filled.

BRMC then expanded the curriculum and developed a weekend only class to accommodate a select number of students.

By 2019, an average of 30 students were registering per session and 3 sessions were held in a year.

In the last 3 years, BRMC has successfully trained over 400 aspiring broadcasters and helped facilitate internships and employment for some of those trainees. It has grown to be one of the top training centers for broadcast journalists in the country; offering courses like content research, story telling and digital investigations.

Before BRMC, there were hardly any private institutions that catered to the specific needs of broadcasters and often getting a leg up in radio broadcasting, involved either getting an internship at a radio station or training with the Nigerian Institute of Journalism.

The BRMC employs a mentor-apprentice model of learning. Classes are flexible and are modified to fit the schedule of registered students who are sometimes people with day jobs outside the media space. At the completion of the course, students receive a certificate and are linked to partnering media organizations for a minimum of two weeks internship program.

From Radio Presenter To Media Trainer

Folayan first thought about The Radio Master Class when she was a broadcaster on the Nigerian socio-political news and talk station; 99.3 Nigeria Info FM where she was a pioneering broadcaster. According to her; it was an avenue to “accommodate everyone who kept asking me for opportunities to sit in with me in the studio, intern or help them get a leg in. I thought the best way to help is to create a platform where they can learn the basics and through that learning, be exposed to the opportunities they seek”.

The one-day seminars were popular and successful; judging by the number of people who registered to attend every time it held but according to Folayan, they were not enough. She realized if she wanted to really make lasting impact in the broadcast industry, a more deliberate and structured learning platform must be created.

“The global media landscape is changing very fast and unfortunately, our schools are not graduating Journalism/Communication students who can fit in and function optimally in this new landscape.” She said.

“I have engaged and interacted with graduates of mass communication from several public universities across the country and it is has become very clear that a heartbreakingly high percentage of those graduates cannot be absorbed directly into the workforce by media organizations. They are simply not prepared with the skills required. Sure, they know all the definitions in the textbook, but they have no inkling of how to actually do the job. A lot of them have never even been inside a radio or television studio in their four years of studying mass communication” Folayan further stated.

It was while pondering this that she decided to create a learning curriculum based on the practical realities of everyday radio broadcasting in Nigeria. Working with colleagues Nelly Kalu (a seasoned broadcaster, fact checker and media researcher) and Tony Onwechekwa ( a media content producer), courses were designed to teach BRMC students the specific skills they would need to be effective broadcasters.

“People sometimes call BRMC asking for voice-over lessons and other speech related classes and I am always very quick to point out that we do not teach that. While those courses are great and very useful, at BRMC, our priority is content and the most professional and effective delivery of that content. BRMC for now, is not the place to learn how to speak the Queen’s English; It’s where you learn how to generate ideas, work those ideas and deliver them into intelligent and engaging radio conversations. That’s why our curriculum has courses like show prep, content research, interview techniques and storytelling” Folayan said.

Folayan has big dreams for BRMC. Earlier in the year, the organization worked with the Goethe Institute on their LABO Radio project in secondary schools in Ogun state and Lagos, teaching the basics of radio broadcasting to senior secondary students under the Goethe program. Fola says that experience opened her eyes to the possibilities of reviving Press Clubs in secondary schools across the state and even in the country.

“When I was a teenager, the press club saved me. It was where I learned what the news was about and where I started learning how to read the news and write reports to be read on the assembly’’ She reminisced. “Press clubs can still do a world of good. Young adults can learn to channel their natural curiosity into productive news gathering, research, writing and public speaking talent can be nurtured and career paths can be shaped early. I’m looking forward to this next phase of the BRMC project” she enthused.

While BRMC is a social enterprise, funding for projects like the Mentorship Events and scholarships have not been a walk in the park. Fola Folayan is at the helm of what she described as ‘a lean team of contract instructors and freelance staff’. According to her, BRMC has not been able to secure any development grants or major sponsorship but she is undeterred as she hopes to continue contributing to the growth of Nigeria’s broadcast industry through BRMC’s work.